Studio 188 is the new creative performing arts space located in the top of town within Ipswich CBD. Previously the Baptist Church, this space has been transformed into a dynamic cultural and creativity space.

Studio 188 is an iconic and vibrant cultural creative space designed to meet the needs of young people. 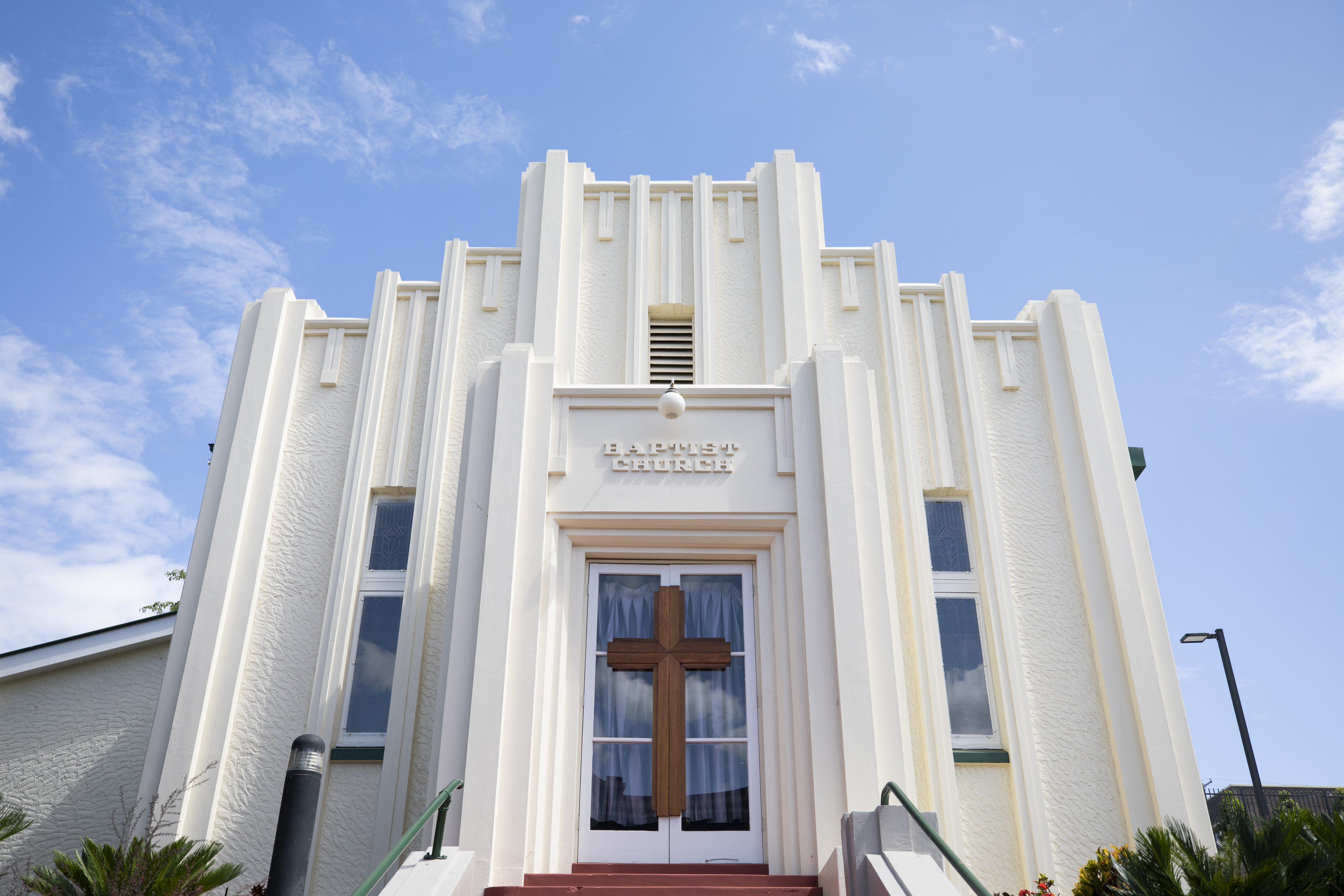 The former Ipswich Baptist Church, designed by Richard Gailey and erected in 1877, was originally a simple brick building. Rendering and an Art Deco facade, were applied in 1938 under the direction GB Gill. The church is located near the centre of Ipswich facing Brisbane Street. The memorial gates are located on the adjacent allotment.

The Baptist Church is the oldest surviving church to be designed by Richard Gailey. It predates Brisbane’s Baptist Tabernacle, also a Gailey design, by 12 years. On Separation Day, 11 December 1876, Rev J Straughen presided over a ceremony for laying the foundation stone of the new church. A sealed bottle containing Ipswich newspapers and clippings, and a copy of a report read at the ceremony by church secretary, Mr J Fletcher, were put into a prepared place under the foundation stone.

The church was officially opened just over six months later on 17 June 1877. The completed building was a brick structure, built in the classical style. It was approximately 25m by 9.8 m and about 5.5m high with a corrugated iron roof and a floor of milled boards. Contemporary descriptions of the church state that it could accommodate 250 people.

The interior of the church followed a layout that was typical for Baptist churches. Designed around a symbolic axis, a raised dais was located in the centre of the southern end with the baptistery.

In 1938 a major refurbishment of the church was completed. The facade was remodelled in the Art Deco style that was popular between the world wars but unusual in churches. The front porch was completely replaced and fitted with stained glass windows and all of the outside walls were stuccoed. The interior alterations included a full-width polished timber vestibule with leadlight inserts (now removed) and panelling of the vestry with polished timber.

The memorial entrance gates, a covered gateway with a plaque and wrought iron gates were erected in 1954. With a view to the approaching centenary of the Ipswich Church, renovations were again undertaken in 1958. The church ceiling was replaced, the interior was painted and a cross (now removed) was installed in the apse on the rear wall. The refurbished church was reopened on 15 February 1959.

More changes took place in 1979. The platform area in the church was improved and a larger courtyard area was provided at the entrance. The sealed parking area was also established on the top terrace at this time. The final alterations to be made to the church were in the late 1990’s including a larger entrance into the church on the eastern side. A large covered area was added to this extension in 1998.

In 2008, the Baptists sold the church complex to McDonalds Australia Pty Ltd for redevelopment. The church now presents as an ideal space for community and cultural development in the region.