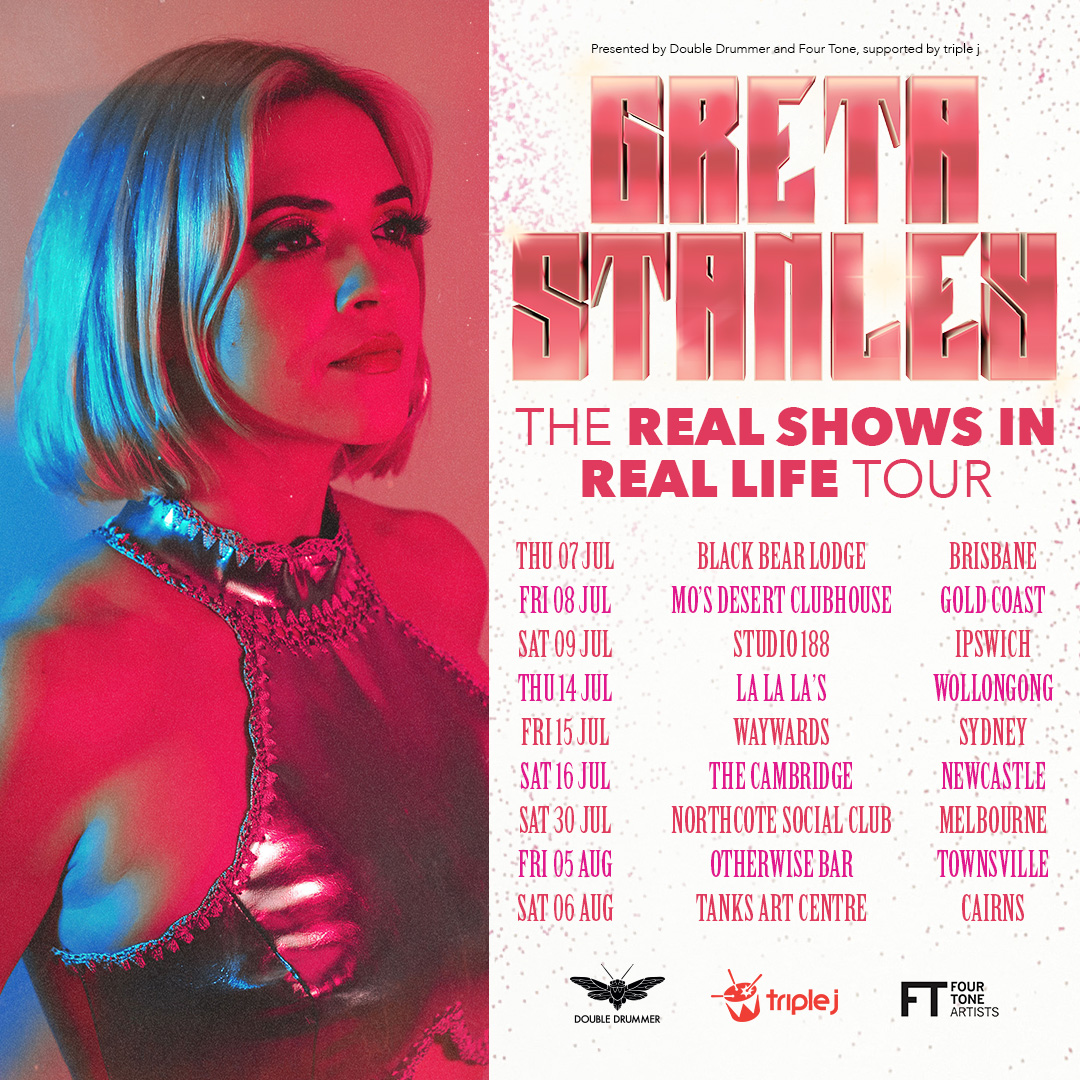 Greta Stanley joins us in Ipswich to celebrate the release of her long-awaited sophomore album, Real Love in Real Life.

Known for her remarkable voice, emotional honesty and ability to translate difficult subject matter into rich pop songs, Cairns-based artist Greta Stanley has been on a steadily rising trajectory over the past few years.

Unafraid to tackle themes of depression, anxiety, heartache and the challenges of transitioning from youth into adulthood, Greta’s writing also explores the beauty of the natural world, the comfort of home and the importance of friendship.

Taken from her forthcoming sophomore album, new single ‘Hope It Lands’ is a collaboration with producer/co-writer Tristan Barton, who is best known for his acclaimed film soundtrack work. It’s immediately clear that the combination of Stanley’s warm, natural pop sensibilities and the textural depth of Barton’s day job work is a winning formula.

She says of the song: “I wrote Hope It Lands when I was in a low headspace and struggling to be social. It’s about a kind of longing to be this person who went out and had ‘fun’ and what might come about if I did go to parties. At the time I was feeling really lonely, but I found it hard to meet anybody or build connections because I was struggling to put myself out there. So it was this kind of alter ego view of who I’d be or what kind of night I’d have if I could have had the courage to say yes to events and step out of this comfort zone or safe zone I was in at the time.”

The song showcases Stanley’s vulnerability and nous for storytelling. It’s an exciting harbinger for her upcoming second album, which will also feature previously released tracks, ‘Soak Into This’ and ‘New Feeling’, both produced by German heavy hitter Tobias Kuhn (Milky Chance, Dean Lewis).

With millions of streams to her name, numerous festival appearances and a list of support slots that reads like a who’s who of Australian indie pop (Amy Shark, Tash Sultana, Eves Karydas), now’s the time to get on board this truly exceptional artist, if you aren’t already..

Check out what else is coming up at Studio 188 here!